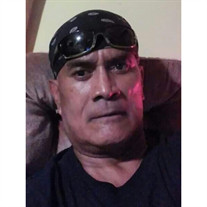 Va'alele Mika Kaisa, 64, passed on peacefully on January 24, 2020. He was a US Army Veteran, Iron Worker, and longtime resident of Salt Lake City. Mika is survived by his children, Bryan A. Kaisa (Farrah), Brandon P. Kaisa (Stacie), Anya M. Lutali (Ronald), Audra S. Tongi (Sione), Bradley M. Kaisa (Henrietta), Angela O. Kaisa, Jasmine R. Kaisa; 20 grandchildren; siblings, Kuka Vele, Toai Kaisa, Taumate Kaisa, Fale Kaisa Sama and Pauli Felise Jr. Preceeded in death by his parents, Va'alele Atonio Kaisa and Siano Faimalo Felise; brother, Ike Tuiaana. Mika was born in Pava'ia'i, American Samoa on September 6, 1955 and was the oldest of seven siblings. His family left American Samoan in 1972 to relocate in Carson, CA. He graduated from Narbonne High School in Harbor City later that year. Mika joined the Army in 1974 and was honorably discharged in 1995. He was an Iron Worker for 24 years and retired in November 2019. Mika will always be remembered for his work ethic. He worked hard to provide for his family and his extended family. He was loved by not only his family but his many friends who refer to him as Samoan Mike. He had a big heart, laughed often and was loved by so many. He will always hold a special place in our hearts and will truly be missed. The following services will be held on Thursday, February 6, 2020 at the LDS Chapel located at 12998 South 1300 West, Riverton, UT. Viewing: 8:30-9:00am. Family Service 9-10:30 am. Chapel Service 11am-12pm Interment with Military Honors will follow at Utah Veterans Cemetery & Memorial Park, 17111 S. 1700 W., Bluffdale, UT

The family of Vaalele Mika Kaisa created this Life Tributes page to make it easy to share your memories.

Send flowers to the Kaisa family.