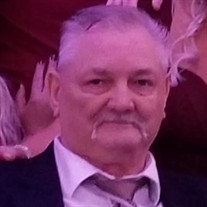 Robert “Bob” Edward Babecki, 75, passed away on June 18, 2021, at home. Born on April 7, 1946, to Stephen and Helen Babecki in Brooklyn, New York, Bob grew up around people of different ethnicities and jobs. He often relayed stories of different neighbors and people he encountered growing up in New York City. Bob moved to Utah in 1989 with his then girlfriend and has been living in Utah since. In 2000, Bob married Afton Bray and moved to Copperton, Utah where he lived until she passed in 2019. Bob spent several years as a proud member of the Benevolent Protective Order of the Elks in the local Murray lodge. He was also an avid bowler and was a member of several different leagues. After his wife’s passing, all his children lovingly cared for him. He is preceded in death by his wife Afton, his siblings Charles Babecki and Stella Petrella and her husband John. He is survived by his daughters Deborah Casale, Dawn Totten (Chris), son Robert Thomas Babecki (Karen), step-son Casey Anderson (Joleen), and grandchildren Christopher Casale (Jenna), Amanda Orr (Michael), Jeremy Casale, Catherine Totten, Andrew Casale, Brandon Casale, Breanna Totten, Conner Casale, Phaedra Anderson, Damion Anderson, Zoe Totten and Aileen Anderson.

The family of Robert Edward Babecki created this Life Tributes page to make it easy to share your memories.

Send flowers to the Babecki family.